The District, which lies wholly within the extraterritorial jurisdiction of the City of Houston, is subject to the continuing supervisory jurisdiction of the TCEQ. The District is empowered, among other things, to finance, purchase, construct, operate and maintain all works, improvements, facilities and plants necessary for the supply and distribution of water; the collection, transportation and treatment of wastewater; and the control and diversion of storm water.

The District may issue bonds and other forms of indebtedness to purchase or construct such facilities. Approximately 495.61 acres within the District have been developed as the single-family subdivisions of Oak Ridge Place (436 lots), Barker’s Ridge (762 lots), Lake Ridge (772 lots), and Barker’s Crossing (604 lots). This is of September 1, 2016.

Prior to June 2010, MUD 238 obtained all of its water from groundwater pursuant to annual permit issued by the Harris-Galveston Subsidence District (“HGCSD”). Harris County MUD 238 also has emergency water interconnects with Addicks Municipal Utility District and Mayde Creek Utility District, which serve as emergency sources of water for MUD 238. The HGCSD adopted a regulatory plan which requires certain districts within the jurisdiction of the HGCSD, including MUD 238, to adopt a Groundwater Reduction Plan (“GRP”), join a regulatory GRP, or pay disincentive fees for groundwater pumpage. MUD 238 is included in a regional GRP prepared and implemented by the West Harris County Regional Water Authority (“WHCRWA”).

As part of the WHCRWA’s GRP, the District was required to undergo a phased conversion from groundwater usage to surface water usage. The District began obtaining surface water in June 2010 in compliance with such requirements through the WHCRWA who has secured a source of surface water from the City of Houston. Questions often arise about the increasing water rates in MUD 238. However, MUD 238 has not increased the rate it charges for water since 2004. Rather, any increases in rates in recent years have been due exclusively to increases in the fees charged by the WCHRWA. 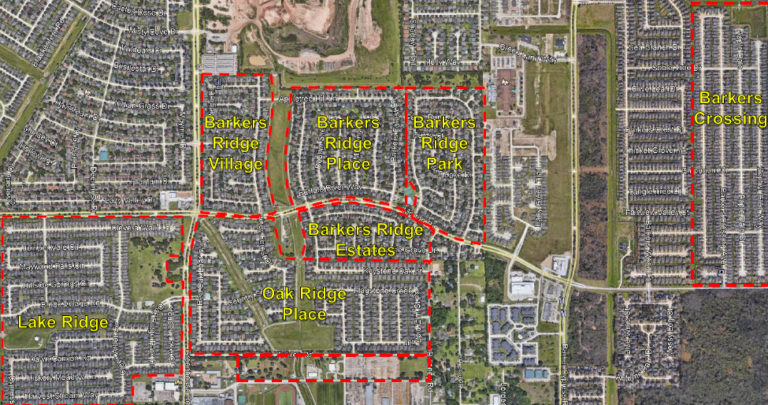 For persons with questions or needing help regarding website accessibility, or to request the provided information in alternative formats, please call (832) 390-2268 or email board@hcmud238.com.